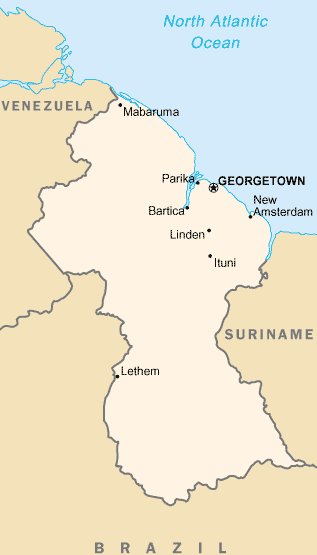 John Greathead was born in Yorkshire in 1828 and arrived in British Guiana on 4 Dec 1854, he stayed with the Perkins family for three years, their son died and John was sent to study theology at Richmond College. He volunteered to go to British Guiana. He was a Wesleyan Minister until after his second marriage when he converted to Church of England and became an Anglican Priest. There is a book by James Rodway called the Story of Georgetown, here is an extract about John "The Rev. John Greathead will always be remembered in connection with Georgetown Methodism. He came to the colony in 1855, and was in charge of Kingston Chapel for some years, after which, with the exception of a few years spent in St. Vincent, he was chairman of the District and lived at Trinity Mission House. He was strong in mind and body - nothing daunted him when performing his duties. By his efforts Kingston Chapel was enlarged and made what it is today. A writer in the Methodist Recorder said: "It would have been well if he had been exempted from official work. He was an Evangelist, not an administrator, and it must be confessed that he was not altogether happy in his Chairmanship. There were some complications, and to get rid of them, he left the Wesleyan for the Episcopalian Church. With a character, on which there was not the slightest blemish, and a heart nobly unselfish, he bade farewell - a loving farewell - to his old companions. He left the Methodist Church in 1883, and died on the 18th January, 1898."

John married Sarah Miles and they had ten children. She died in 1881 and a year later he married Mary Plater. Their children were:

Sarah was born in 1863, married Henry

Unknown child who appears to have died in 1868

Thomas was born in 1870, married Alice Gainfort in 1896 and died in 1949. They had 13 children including sadly stillborn twins. Some of their children remained in British Guiana others travelled to USA, South Africa and England

George was born in 1871, married Charlotte Sealy. They had three children, one of which made it to England

James was born in 1873, married Lillian Gainfort. They had six children and many of these families live in USA or Canada, after certainly in one case a short spell in England

Do please look at the narratives and photographs of this branch of the Greathead family. Interestingly the earliest ancestor of this branch is Thomas and links can be found on the chart to the lifeboat inventor and the 1820 settlers.

Can you add any further information or stories, do you have any photographs of the people or their houses? I would love to hear from YOU.